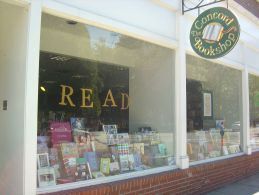 The Concord Bookshop, Thursday May 11, 7pm

Clyde Henri Farnsworth worked as an American journalist for more than four decades, writing for United Press International, The New York Herald Tribune and The New York Times. For the Times he was a foreign correspondent based in Europe, Canada and Australia. In 1968 he won the E.W. Fairchild Award of the Overseas Press Club of America for Best Business News Reporting from Abroad. In 1969 he was a Pulitzer Prize finalist with Tad Szulc and Henry Kamm for articles on the Warsaw Pact Invasion of Czechoslovakia.

This book can be read as a panoramic history of American newspaper journalism in the twentieth-century, covering prohibition gangs, prison fires, and botched execution in the 1920s and 1930s, to global war, the shaping of postwar Europe and Asia, and America's emergence from the Cold War.