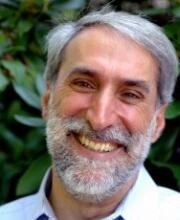 Daniel G. Nocera is the Patterson Rockwood Professor of Energy at Harvard University. Widely recognized in the world as a leading researcher in renewable energy, he is the inventor of the artificial leaf and bionic leaf. Nocera has accomplished the solar fuels process of photosynthesis – the splitting of water to hydrogen and oxygen using light from neutral water, at atmospheric pressure and room temperature. He has performed this solar process at efficiencies of greater than 10%. The artificial leaf was named by Time magazine as Innovation of the Year for 2011.

He has since elaborated this invention to accomplish a complete artificial photosynthetic cycle. To do so, he created the bionic leaf, which is a bio-engineered bacterium that uses the hydrogen from that artificial leaf and carbon dioxide from air to make biomass and liquid fuels. The bionic leaf, which was named by the World Economic Forum as the Breakthrough Technology for 2017, performs artificial photosynthesis that is ten times more efficient than natural photosynthesis. Extending this approach, Nocera has achieved a renewable and distributed synthesis of ammonia (and fertilizer) at ambient conditions by coupling solar-based water splitting to a nitrogen fixing bioorganism, which is powered by the hydrogen produced from water splitting. Thus, using only sunlight, air and water, a distributed system powered by renewable energy has been created to produce fuel and food. Such science is particularly useful to the poor of the world, where large infrastructures for fuel and food production are not tenable.

Other areas of interest in the group include the first measurement and theory of proton-coupled electron transfer and its application to radical enzymology, the development of new cancer therapies by creating nanocrystal chemosensors for metabolic tumor profiling and the design of spin frustrated materials to explore exotic states arising from highly correlated spins. He created the first quantum spin liquid from S = ½ spins on a kagomé lattice, a long-sought prize in condensed matter physics. Afield from chemistry, Nocera invented the Molecular Tagging Velocimetry (MTV) technique to make simultaneous, multipoint velocity measurements of highly three–dimensional turbulent flows. The technique has been employed by the engineering community to solve a number of long-standing and important problems.

Nocera’s research contributions in renewable energy have been recognized by several awards, some of which include the Leigh Ann Conn Prize for Renewable Energy, Eni Prize, IAPS Award, Burghausen Prize, and the United Nation’s Science and Technology Award and from the American Chemical Society the Inorganic Chemistry, Harrison Howe. Kosolapoff and Remsen Awards. He is a member of the American Academy of Arts and Sciences, the U.S. National Academy of Sciences and the Indian Academy of Sciences. He was named as 100 Most Influential People in the World by Time Magazine and was 11th on the New Statesman’s list on the same topic, and he is a frequent guest on TV and radio and is regularly featured in print.